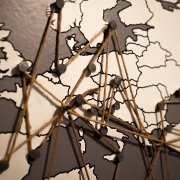 The overarching idea of the founding member of the MicroHE project (namely KIC, TUT and DHBW) was to address the fragmentation of credentials in Higher Education. New forms of education such as MOOCs are blurring the difference between formal and non-formal education, while providers of Higher Education offer a whole host of credentials – no longer only degrees –, each with different properties, value and recognition.

The MicroHE project was designed to focus explicitly on micro-credentials, commonly related to a specific form of learning known as SLP or short learning programme. This can be loosely defined as any sub-degree learning experience, whether formal, non-formal or informal, which confer a minimum of 5 ECTS credits and are offered by accredited and/or recognised institutions. In particular, MicroHE aims to provide a recognition framework for students to combine various modules offered by different (mainly online) education providers into sub-degree qualifications such as MicroMasters or Nanodegrees.

While MicroHE is focusing on these special types of micro-credentials in Higher Education, its sister project, OEPass, has complementary objectives. OEPass started with the simple idea of using the already widely accepted ECTS as a base standard, and use different combinations of ECTS building blocks to describe new forms of credentials that have emerged with open learning experiences. Open education and virtual mobility can often be non-formal, self-guided and vary in length from a few hours to multiple weeks, and OEPass envisages to create a standard (meta-data) format to account for these learning experiences with ‘universal currency’.

As MicroHE and OEPass focus on different but closely related parts of the alternative HE offering spectrum, close collaboration between the two projects promises great prospects. To exploit the synergy between the initiatives, and to maximise their benefits, the two consortia agreed to use a common set of formats and meta-data to describe the various credentials on which they focus, thus ensuring that the projects help in consolidating existing recognition instruments rather than further fragmenting them. The partnerships have also agreed to work with other projects investigating the field to share approaches and continue building on this innovative cooperation.

By focusing on complementary parts of the credential ecosystem, and applying the same (meta-data) standards, OEPass & MicroHE hope to introduce a level of harmonisation throughout open education.

Want to join the discussion?
Feel free to contribute!